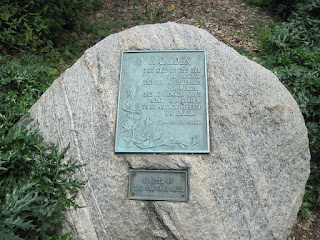 The Poem: In A Garden
The Kiss of the sun
For Pardon
The song of the birds
For mirth
One is nearer God's Heart
Then anywhere else
On Earth 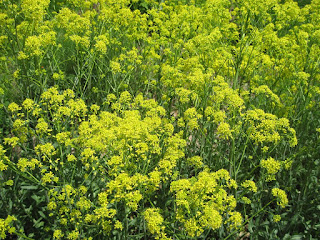 There are roses a plenty, in fact 11,000 rose bushes, though my last walk wasn't during their peak season, it was still very enjoyable and pretty.  There are rose specific areas, perineals, and herb gardens. 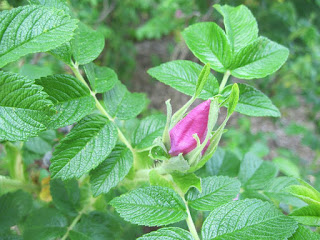 Some bushes were about to burst open 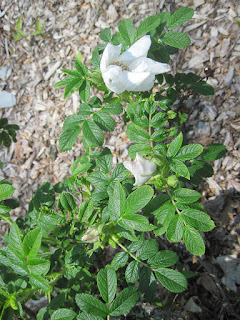 others were on their way out.  The old fashions roses tend to be the earlier bloomers and smell heavenly as you walk.  The hybrids tend to bloom later. 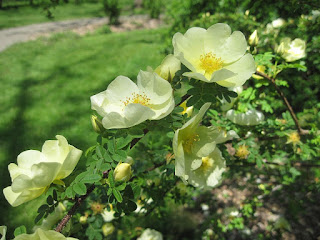 The Rose Park is free and open to the public.  It covers 13 acres. 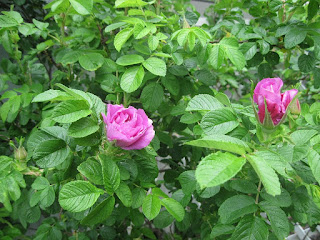 In summer months on Sunday evenings you can enjoy various community music programs.  The park is one of the largest municipal rose gardens in the United States.  It began as a dream back in 1951 with members of both The Columbus Rose Club and The Central Ohio Rose Society with a committee included then mayor, James A Rhodes.  A name you probably know for a very sad event later when he was Governor and sent armed Reserves against the students on that fatal day at Kent State University.

In April of 1952 City Council passed an ordinance and issued bonds, obtained an architect, formed an advisory team and with the help of The Columbus Park and Rec Department the project took flight in June of 1952.  In January of 1954 The American Rose Society joined forces and moved it's National Headquarters from Pennsylvania to Columbus on the edge of the park.  The American Rose Society remained there until moving it's offices in 1974 to Shreveport, Louisiana.

Picnic with the family in the park, ride bikes and be sure to leave time to tour the gardens.  Many weddings are held in the park.  You can reserve spaces for 2 hour intervals at a cost of $500.00. 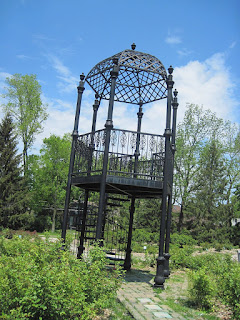 This is only 1 of the 4 special areas with a picturesque backdrop for your wedding photo's.  When hubby and I got married here 41 years ago come June 17th, there was only 1 special spot without any real rental or reservation program.  It is more organized now, certainly more specialist and upscale; but I'm glad we were able to be married there without that price tag.  We selected a spot, chairs were assembled and we walked among the trees for shade and got married!  It was a beautiful day.  Take a tour on my wedding day back in 1972, In The Rose Garden

**Still having issues with google+ blocking EVERYONE who is not a google+ member.  Many bloggers still don't realize Blogger, Disgus, Wordpress etc.and all other blogs are unable to comment.  Carol Kilgore, (No filter between brain and mouth) I'd love to visit and comment again, but can't due to your google+ settings.  If you get them fixed, please let us know and we'll add you back to the blog log.**


Pop in Often, remember Menu Mondays for dining tips, Traveling Tips on Thursday, and any day for vacation destinations. (BL7)