Knitting Needles on Board Airlines 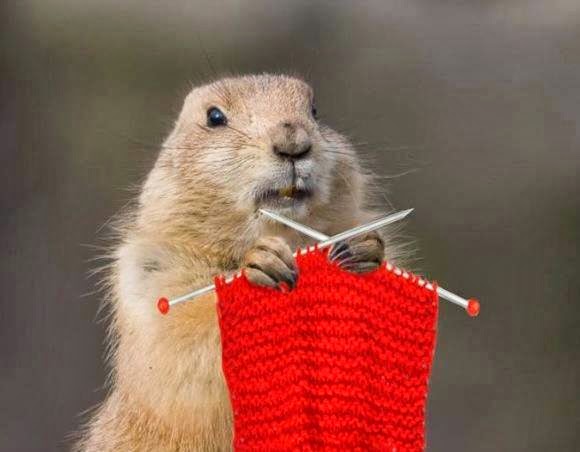 I have plenty of pictures of real knitting needles, knitted projects and the like; but thought the squirrel knitting might put a smile on your face.  Knitting starts with K...our letter for the day.  There are lots of discussions about whether or not one can knit on a plane.  Though you read and hear constantly you can't, I have more times then I can count.  I've flown domestically, and international to Aruba and to Mexico.  I've taken several different types of knitting needles, however........to be on the safe side I usually pack my good needles (like Turbo's) in my checked bag, just in case and only have back up needles in my carry on.  I've generally taken circulars or wooden needles and try to have them be some of the less sharp needles.  The ONLY time I was questioned was when I had a whole set of interchangeable needles with extra cords.  The cords caught the camera's attention and they had to be sure they weren't wires.  I demonstrated how they hooked to the needles.

That said, some airline's list they are permitted, others don't list them as ok or not.  AND my research on the subject indicates which country you're flying in or out of can also make the difference.  To be safe, don't take a pair of needles you'll be upset about losing if they're taken from you.  I've not yet decided if I'll try to take any during my flight to Spain, as I've not flown on Ibera Airlines before.

Pop in Often, remember Menu Mondays for dining tips, Traveling Tips on Thursday, and any day for vacation destinations.
By Sandy at April 12, 2014