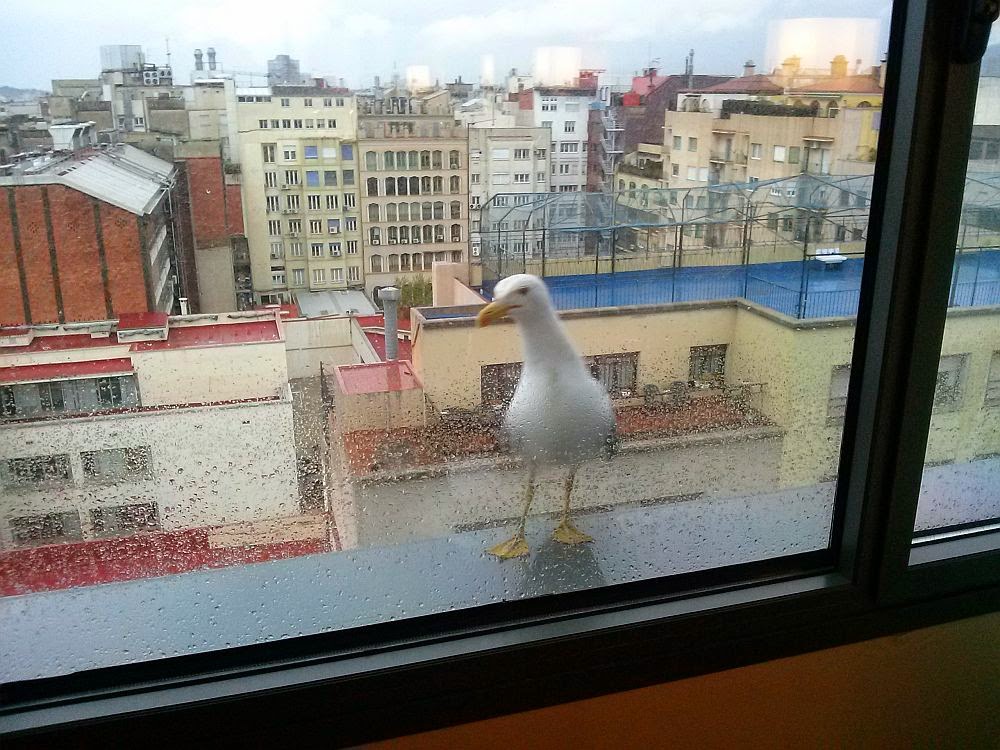 You've heard the term Bird's Eye View?  This guy arrived on our window ledge to welcome us to the city...at least that what it seemed he was saying..........that or open the window, it's wet out here!  We were in the older historic downtown area of the city, making it a wonderful location to get out and about.  If you click to enlarge the picture, you can get a feel for how old many of the buildings are. 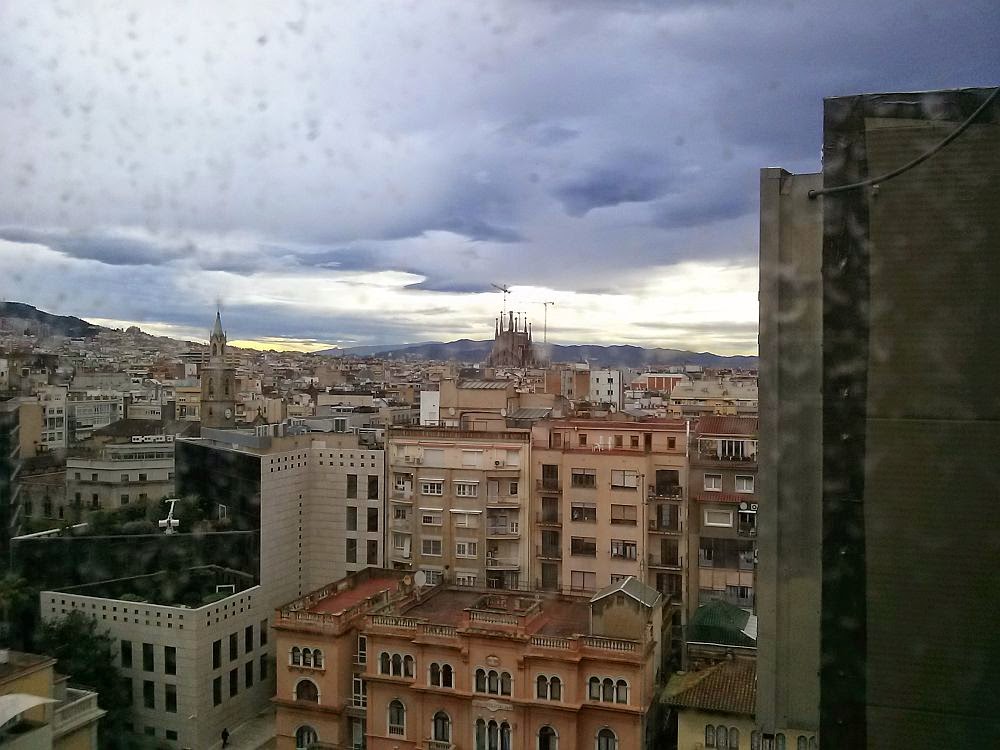 You can also see how dark and gloomy it was on our arrival, though the next day was beautiful, and the 2nd day even nicer.  Look how the city spreads out, how full, how heavily populated it is.  Off in the distance (though we could walk it) is the famous Sagrada Familia.  Do click to enlarge and see the spires and the construction cranes.  We stayed at The Renaissance, formerly known as The Diplomatic Hotel.  The rooms were a bit pricey and small; but the location was awesome and we truly enjoyed our stay there.
Barcelona, my B for May (status post April A-Z)

There will be many posts about Barcelona with specific focuses, this is a bullet point list of things observed during our too short stay of 3 nights and 2 days.

**REMINDER, please leave the url to your actual blog post, NOT your google+ page, NOT your blogger profile/dashboard page. Use the name and url option, or leave a hyperlink. **After the close of April's A-Z, I plan to continue to write a post a day in the month of May using again the A-B-C's as my guide. My focus for the month of May will be Spain. I've been planning and almost have every letter thought out.
By Sandy at May 02, 2014