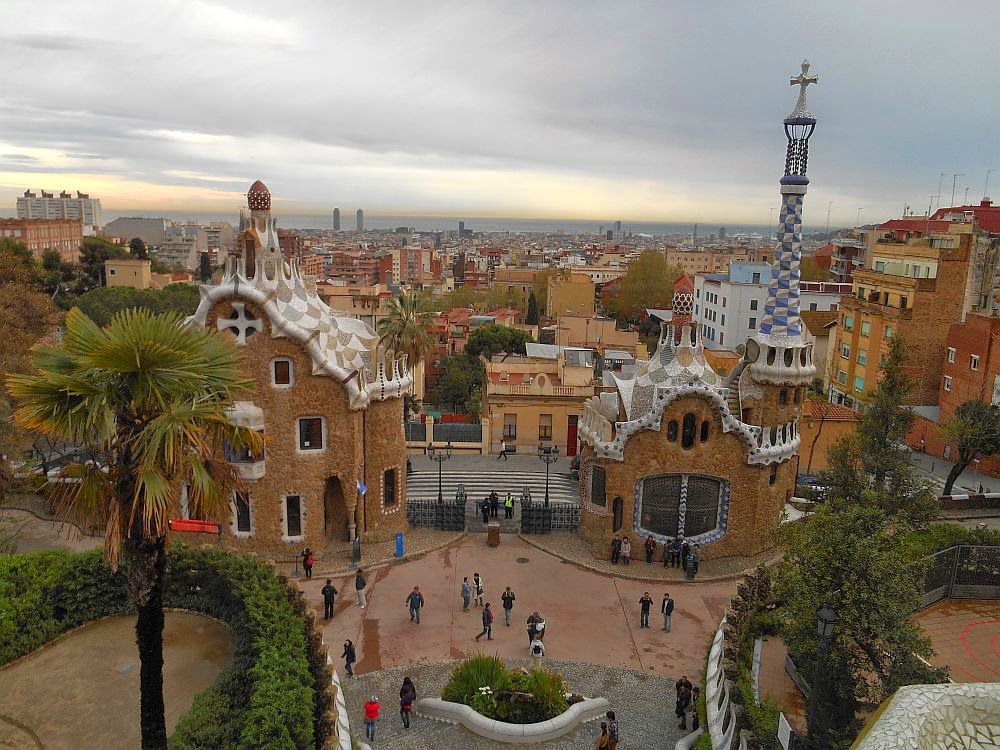 WOW, even on a cloudy morning, what a view.  We're high up on the hill at Güell Park in Barcelona, Spain.  You can see how densely populated the city is.  Güell Park named for Euseb Güell, a friend a benefactor of Antoni Gaudi'.  In early 1900 there were a half million people in Barcelona and growing.  The world's fair was held there in 1888 which showed the world what a metropolis it was.  Antoni Gaudi' a visionary who believed art should model nature, and in nature there are no straight lines.......nature flows.  The two men were friends and people who wanted to solve a problem. 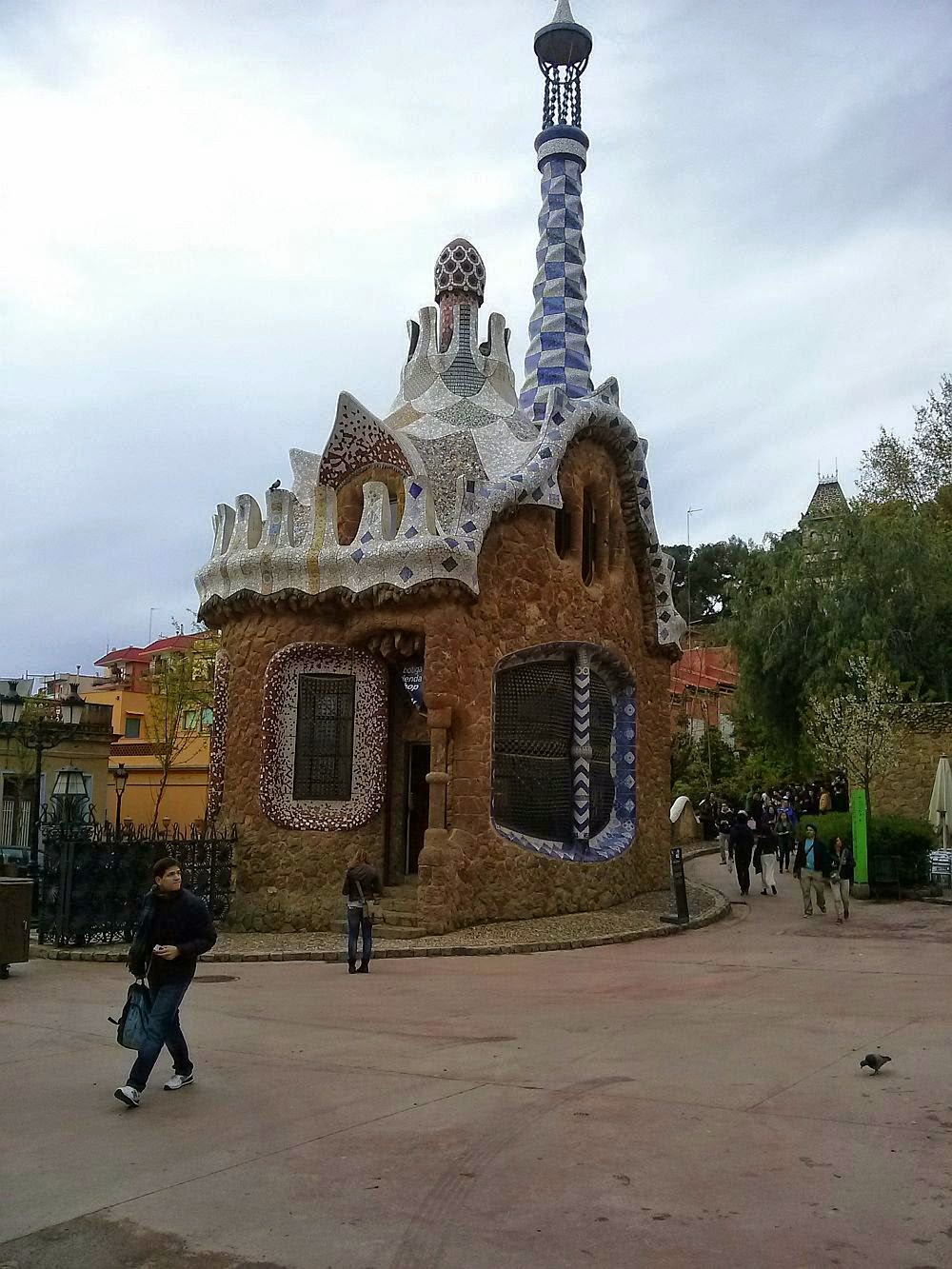 The problem, a fast growing Barcelona with noise, pollution and sanitation problems that caused heath problems.  Barcelona was a city of art, of modern new ideas.  They decided to build a housing development.  Well, perhaps the term housing development isn't quite right.  They wanted to build a planned community with 60 triangle shape plots, space for community to gather.  A space that couldn't be more then 1/6th development for the wealthy folks in Barcelona.  Gaudi' the talent and Güell the money behind it all. 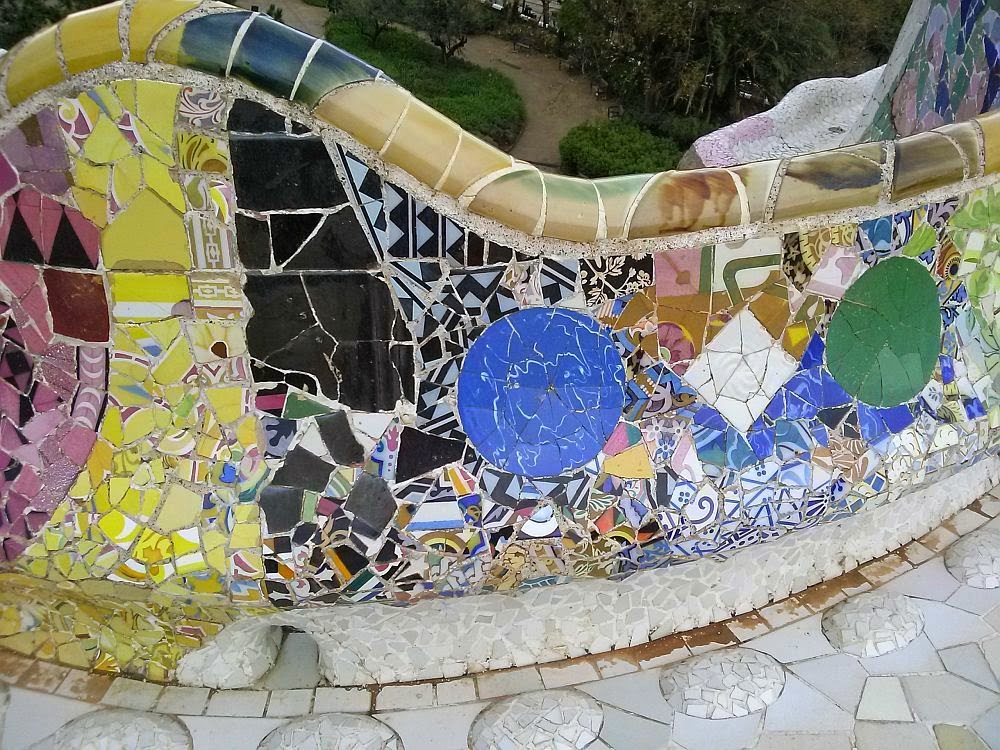 So up on a hill away from the hustle and bustle that was Barcelona the development started.  Lots of tile work, walking paths, gardens, trees, planned viaducts, water collections systems...truly a marvel for it's time.  However, 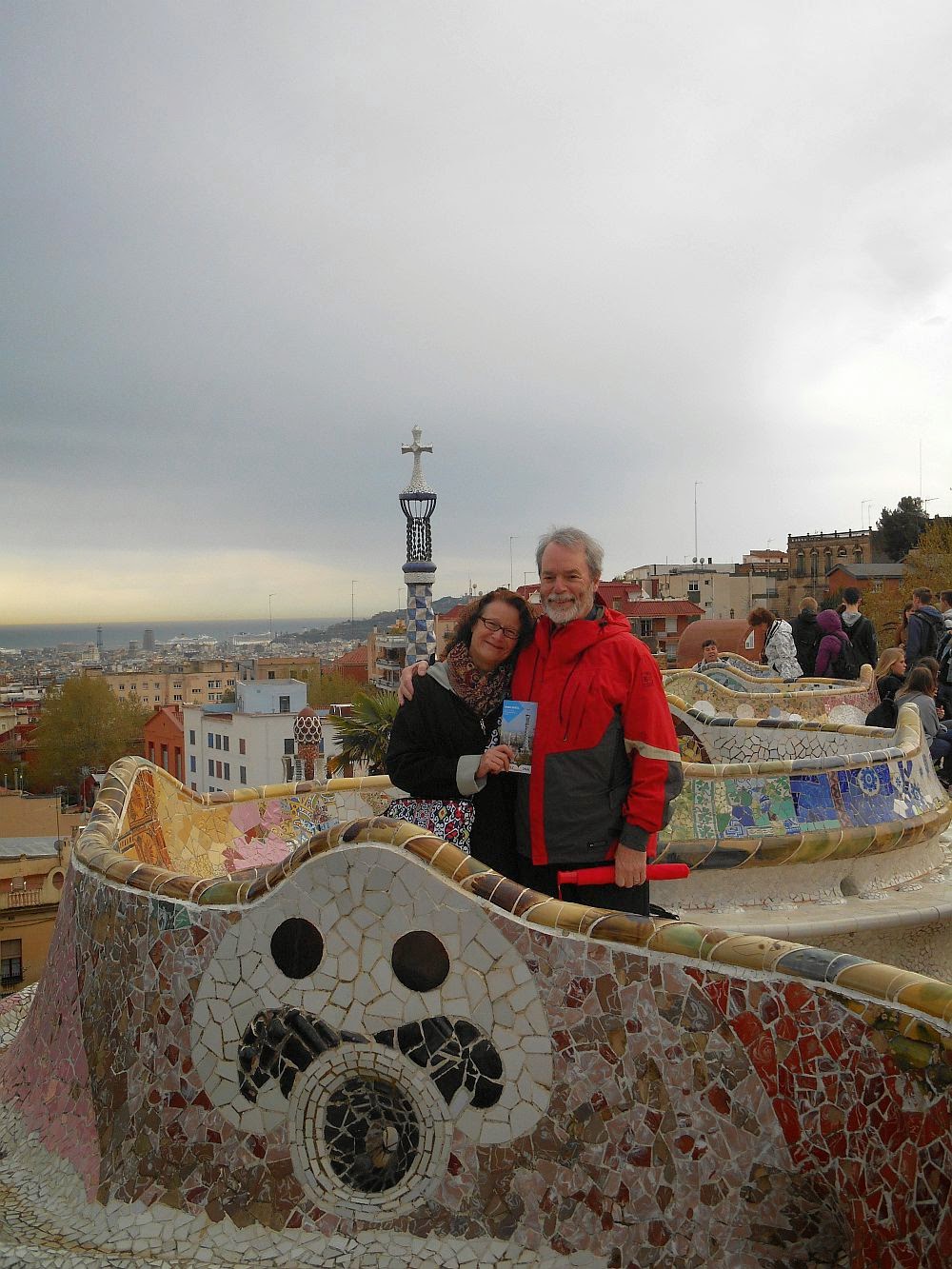 Only 1 lot sold and in 1914 Güell discontinued work on the project.  After his death, his family offered the vast lands to the city. 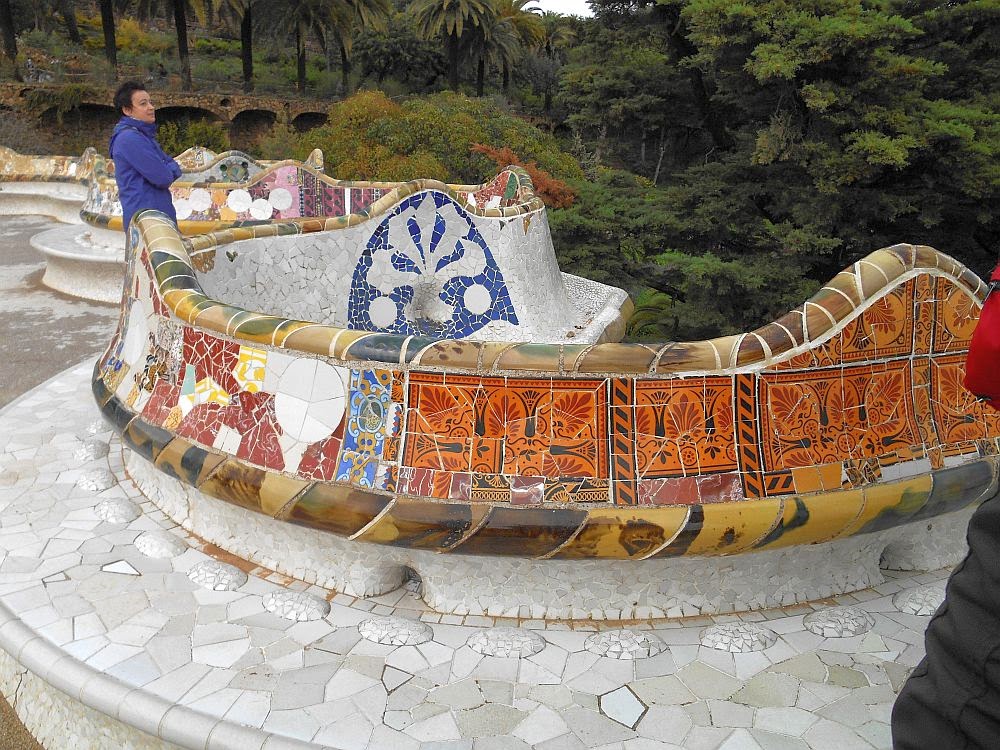 In 1922 the city acquired the beautiful space and 4 years later opened it as a public park.  Even on an overcast day you can see how brilliant the colors are, how interesting the art work, how unique the buildings are. 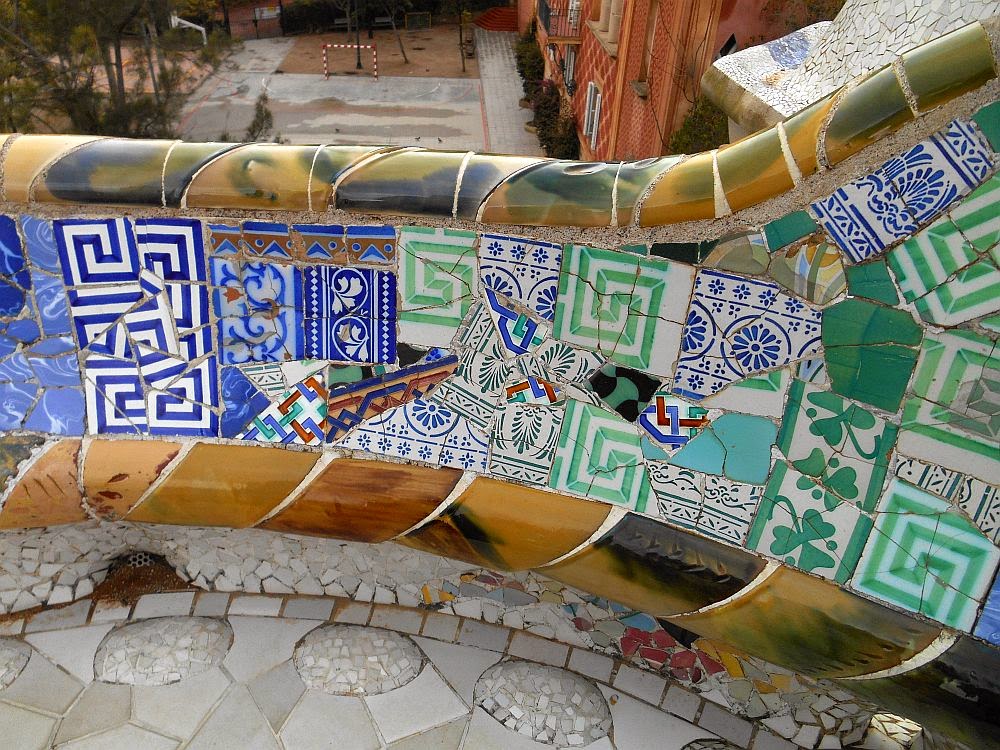 Why didn't it sell?  Transportation.  Even the wealthy had no decent transportation to get from the city to the planned development and then to climb the hill. 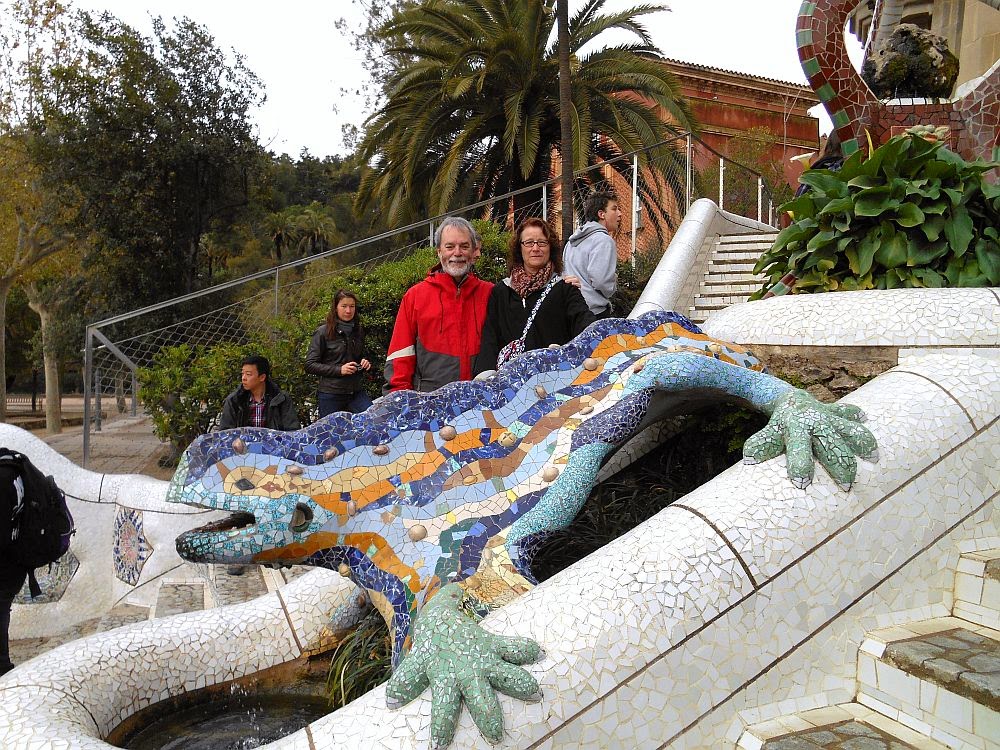 Our fabulous tour guide, Patrick Ducher, whom I've mentioned before, but am again living the link to the wonderful reviews......HERE, knew all the best spots to place Hubby and I for photo's that he took for us.  Thank you Patrick.  Patrick and his group have a superb rating with travel advisor, check it out HERE 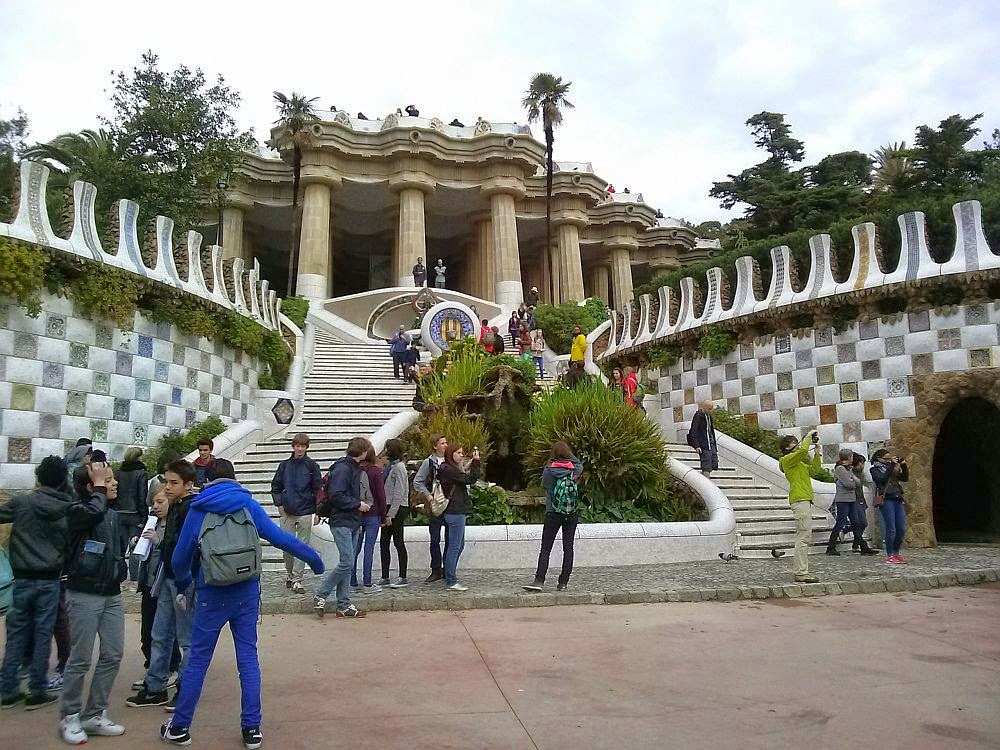 All the pictures you see taken from the top are up these steps, where a large open space exited for parades, festivals and community to gather.  Further up the hillsides was the area were the houses were to be located. 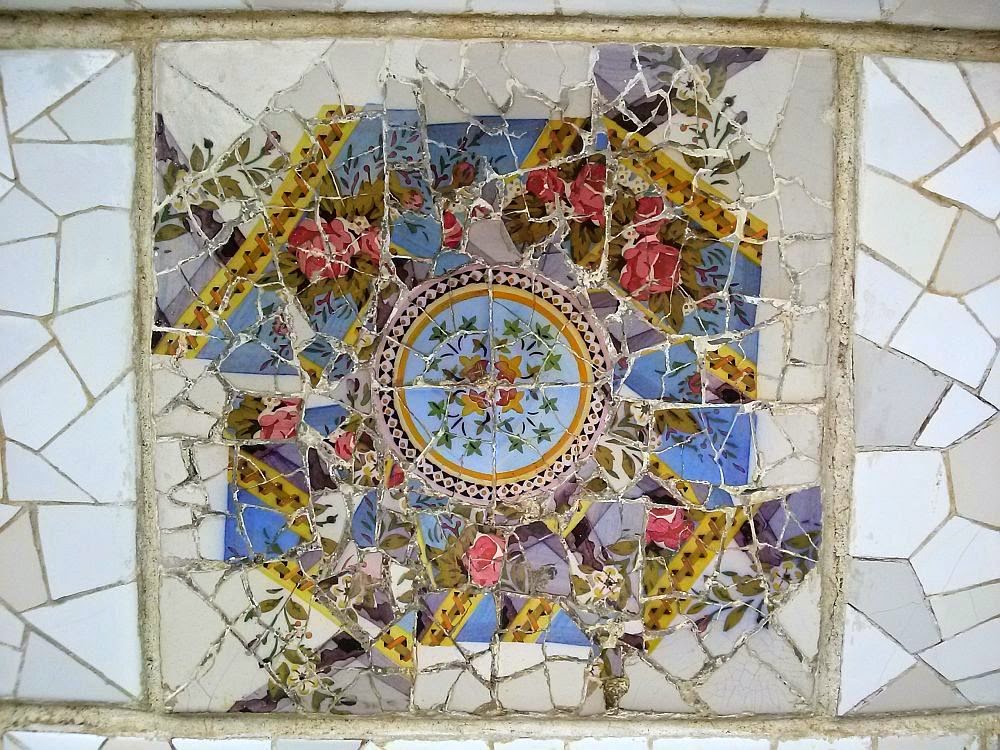 Mosaics with every possible color of the rainbow. 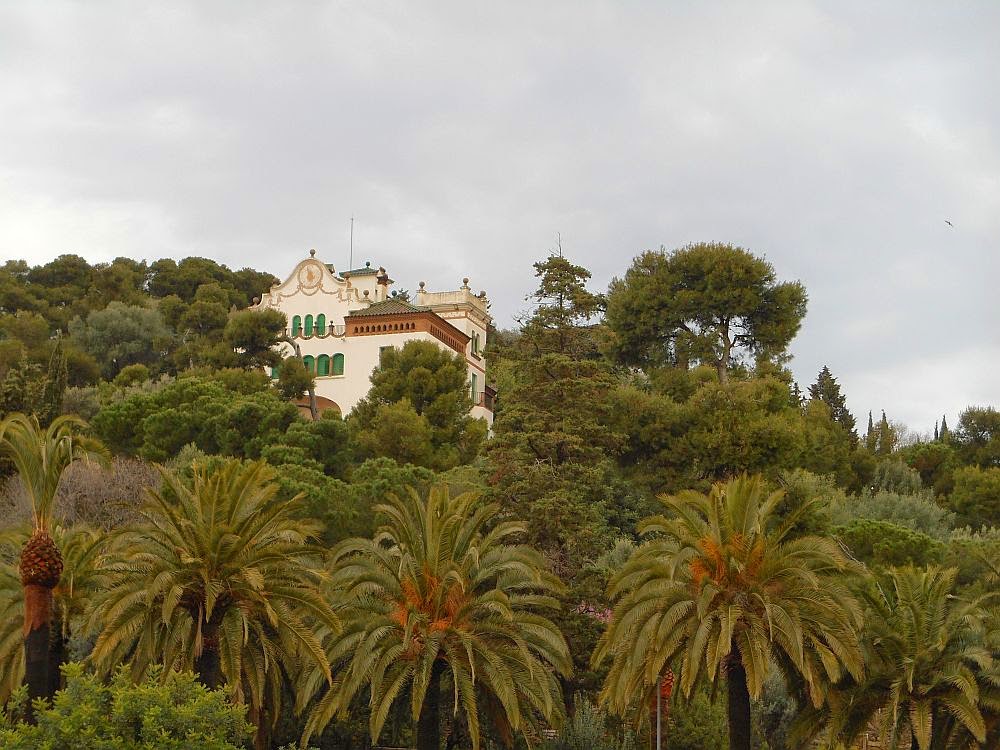 One such house, were Gaudi' lived until his death. 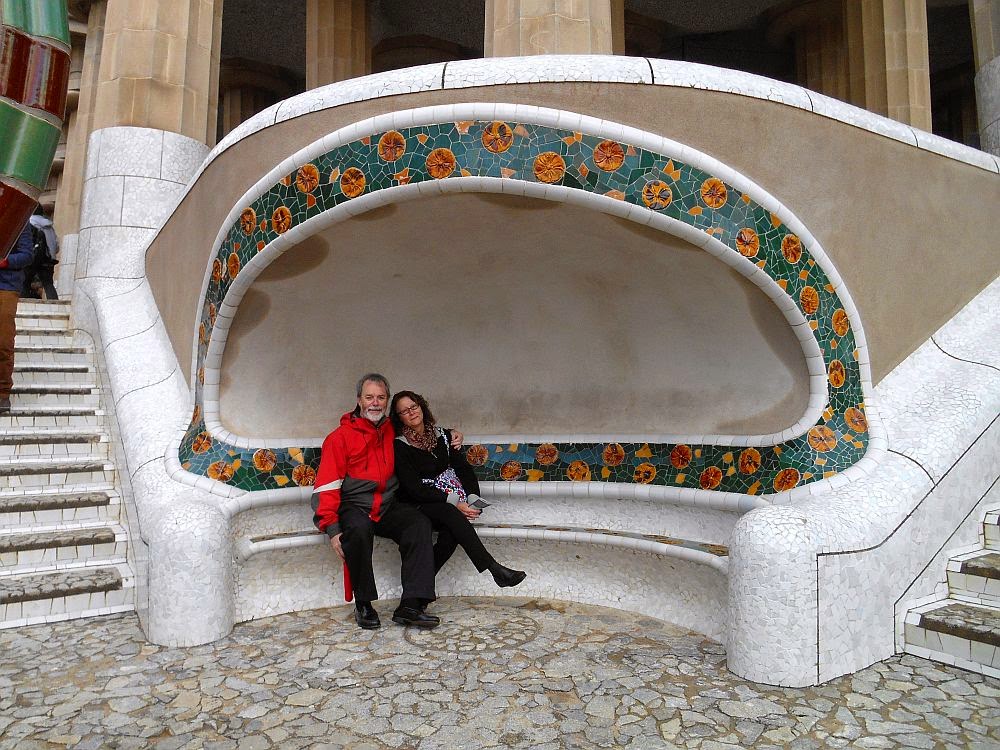 Purposeful art, incorporated into a bench. 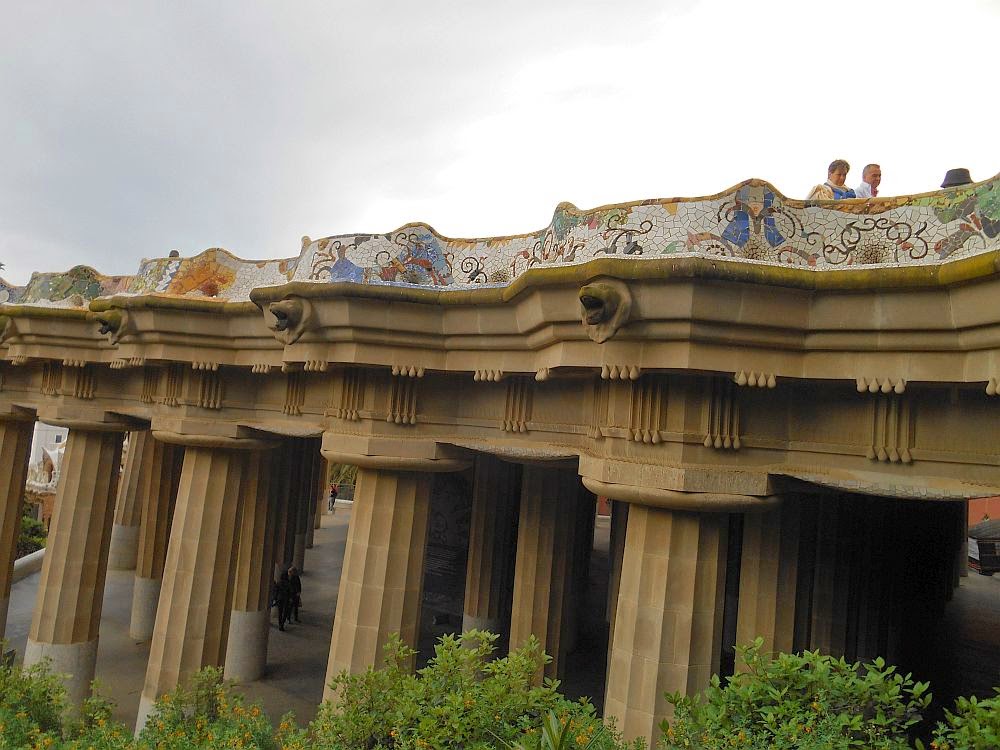 Do put this on your list of must things to see when you visit Barcelona, and be sure and arrange a private tour, you'll learn so much more then trying to do this on your own...ask for Patrick, he's awesome!

**REMINDER, please leave the url to your actual blog post, NOT your google+ page, NOT your blogger profile/dashboard page. Use the name and url option, or leave a hyperlink. **After the close of April's A-Z, I plan to continue to write a post a day in the month of May using again the A-B-C's as my guide. My focus for the month of May will be Spain.
By Sandy at May 08, 2014