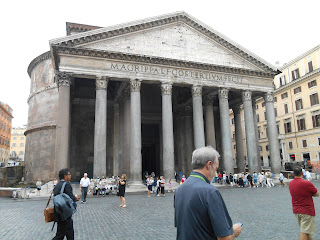 Still in Rome and still day 3...yes it was a very full and busy day!  This is Ernie either checking his phone to see if he got the picture or getting ready to take a picture as we approach The Pantheon.  This was one of my Rome highlights.  The building is a true marvel.  It's gorgeous, it's massive, it's impressive inside and out. 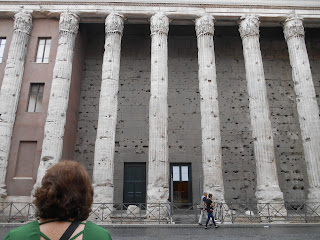 This close up shows you holes in the cement.  Our guide Ziggy told us those are holes that have been drilled to add steel (in my mind I though rebar when she talked) for strength. 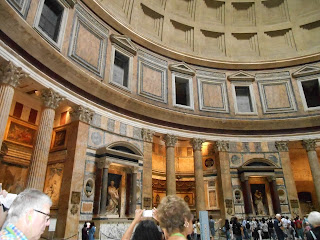 The Pantheon was a Roman Temple and is now a Church, an active church.  The earlier temple was commissioned by Marcaus Agrippa during the rein of Augustus, and completed by Hadrian about 126 A.D.  There are several important burials there: Raphael The Painter, Annibale Carracci also a painter, Arcangelo Caorelli a composer, and Baldassare Peruzzi an architect.  Raphael perhaps the best known is there on the left where you see the statue. 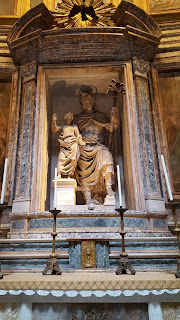 Close up, but my picture of his name plate didn't turn out, it's beneath this alter.  It's been reported that 6 million visitors came to the Pantheon in 2013.  This is one of the best preserved Roman buildings, due in part to it's continues use vs buildings that were vacant for a period of time. 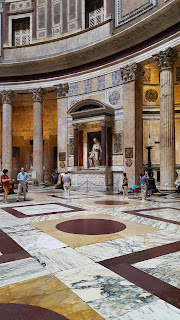 Look at the colors walls celing, and floors.  Truly a gorgeous building. 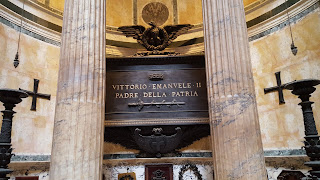 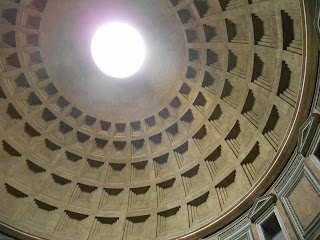 The dome, is the world's largest un-reinforced concrete dome in the world..........even now. The only source of light in this large structure is this hole at the top of the dome.  Yes...it's open and rain does come in; but the floors are so well made, drainage is done quickly.  The knowledge of how to build such a structure all those many many years ago is staggering.  ONLY light source aside from a very small grate above the large door and the door itself. 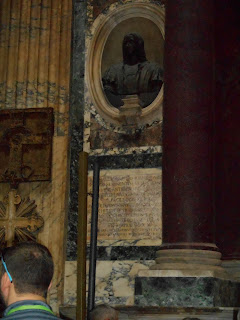 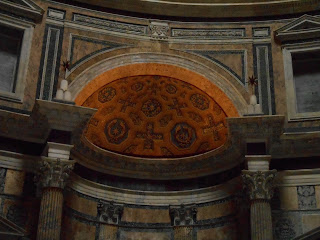 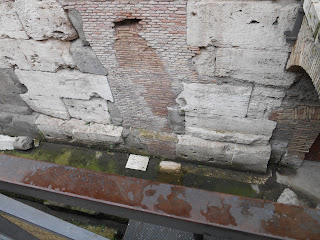 This is an attempt to show you the change in depth over time.  Many buildings have what appear to be moats around them, but it's simply a way to show the change over time in where the land was.

A wonderful video to show you the true marvel of the shape and size of this structure.  Please turn on your sound and watch this.