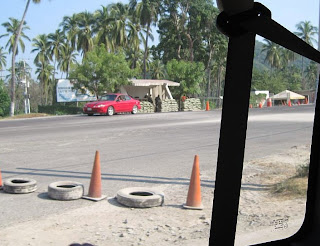 As you cross the border between the states of Jallisco and Colima in the Western part of Mexico, you see a site that's rather unsettling.  Armed guards in bunkers with machine guns.  I took this picture out the van window as we were stopped and questions.  Thank goodness for our guide, Antonio who explained who we were, why we were there, and what we were planning to see and do once across the border.  We didn't leave countries here folks, we crossed a border between states; much like you would leaving Ohio and entering Indiana.  WOW...talk about culture shock.  There were guards on both sides of the street and a bunker right in the middle of the street with these armed military personnel. 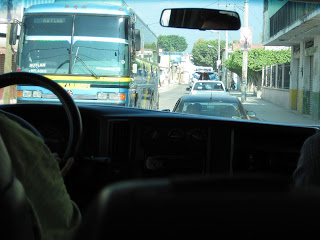 Again, looking out the window you fet a feel for how crowded the very narrow streets are.  Parked cars everywhere, a tour bus coming through; as Antonio pulled our van over to let the larger tour bus through. 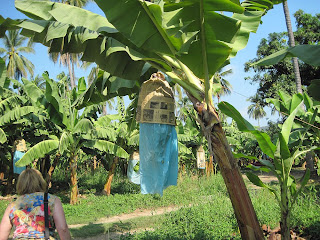 On of our stops on that days outing was a banana factory.  It's quite remote with dirt roads.  The bananas are partially covered with newspaper and plastic bags to protect them from sun and pets. 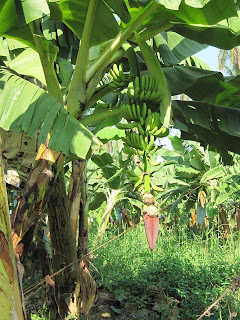 Look careful at the red blossom with small early bananas growing above it. 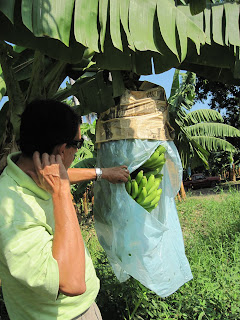 Our wonderful and very knowledgeable guide Antonio, explaining the process. 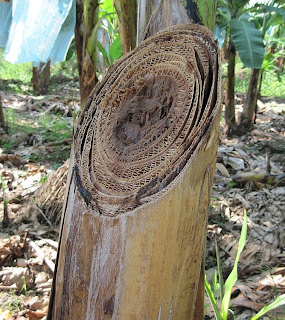 After the harvest the plants are chopped down and this is what the stalk looks like inside.  Look at all the spirals.  This process takes about a year and new plants will spring up from this stalk. 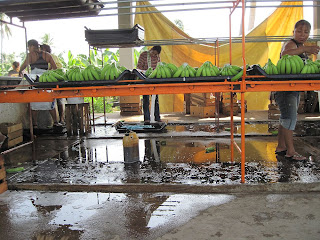 The factory is not mechanized.  The work is done by hand.  This is large open building with a roof.  The bananas make their way from stem to shelf to water soak. 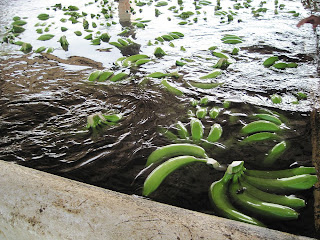 The are picked, cleaned and packed by hand while green.  They float in the water and that has been treated with a chemical to keep them insect free during shipping.  If bananas are left on the plant to ripen they are full of water and don't taste good.  Though this looks like nasty work, it is apparently considered a good job, paying a good wage.  Young people come from other areas for this job and live in hostel type accommodations. 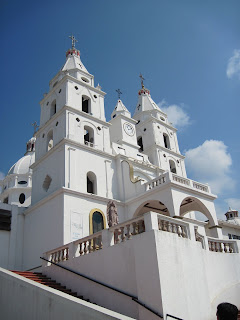 We toured a beautiful old Church 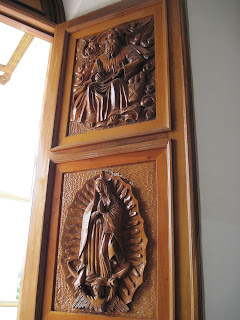 with very detailed wooden carvings on the doors. 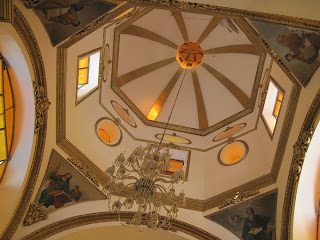 A beautiful ceiling with gorgeous art. 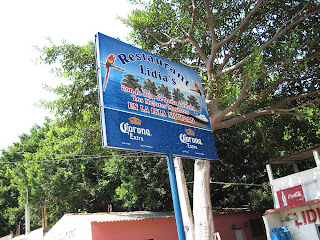 Located the peer and restaurant where we would later have a late lunch. 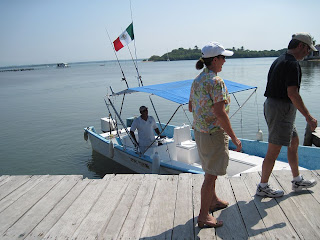 Then it was time to climb aboard for trip from the mainland to Isla Navidad (Christmas Island). 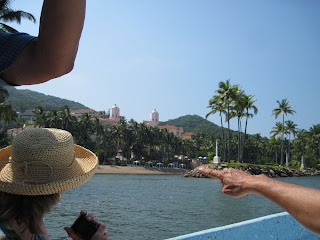 That's the Wyndham Grand Resort that is quite plush and expensive....not where we were going. 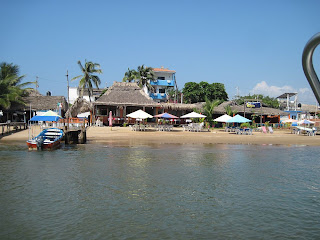 We're dropped off here on the beach and Antonio arranges a time for the boat captain to return to collect us.  This is the part of the island where the locals hang out.  We were there while they were on holiday, as it The Day of Dead, even the children were out of school. 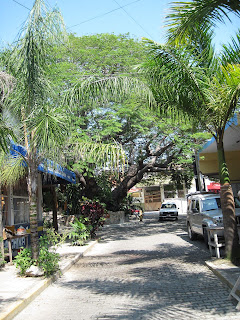 The cobblestone streets are very narrow with houses, shops and bars coming right to the edge of the street.  There were vendors everywhere selling trinkets with barefoot children reaching out for us...believing all Americans are rich.  The children did their parents bidding, it was quite sad and difficult to keep saying no.  Antonio though explained it was best that we keep moving or they would all descend upon us. 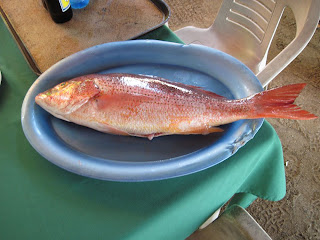 Once bag on the mainland a fish was selected, Red Snapper that was large enough to feed everyone in the group(except me...I don't do fish).  I don't know what this weight; but he had truly just been caught so for those who love fresh fish......I understand it was fabulous.  It fed 7 adults.  I filled up fine on the side dishes.

After our late lunch we returned to, Villa Paraiso,  our villa in Manzanillo which was about a 45 minute drive.

It was an interesting day, and I'm glad we got to explore a bit; but it isn't a place I'd like to return to.

Pop in Often, remember Menu Mondays for dining tips, Traveling Tips on Thursday, and any day for vacation destinations.