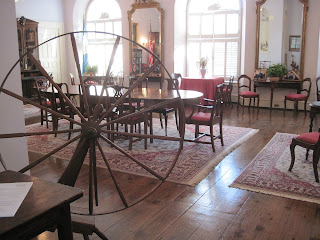 (P post) The Provost Dungeon in Charleston South Carolina, The Old Exchange is quite an historic Landmark, a National Historic Landmark in fact.  You can tour the Old Exchange from 9 am -5 pm daily Mon-Friday.  Your tour includes The Great Hall, The Provost Dungeon, and the Colonel Isaac Hayne Room.  You'll see period pieces and original pieces.  This historic location was in fact where hundreds of slaves were sold, where President George Washington entertained (1791), where The United States Constitution was ratified (1788), and where The Declaration of Independence was presented to the people of South Carolina (1776).  The white wealthy people that is...but, that's another story in and of itself. 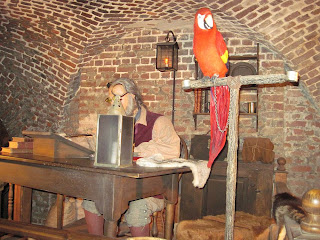 The Provost Dungeon is many feet below the street, at the level of Rivers and was a prison used during The American Revolution.  As you move about characters come to live and tell their story. 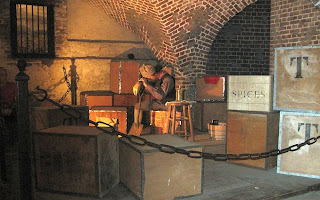 You see people chained to the walls, and some of the movements can be a bit scarey for small children.  If you're going to tour with small children, it would be wise to discuss a little bit about it before hand. 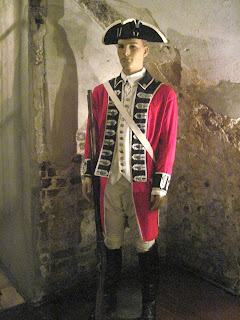 The figures are quite realistic looking. 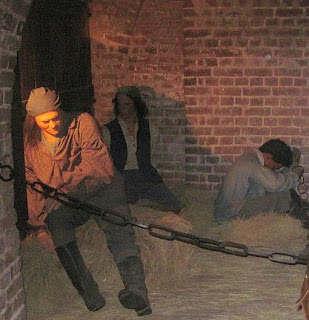 This historic location is where an American Patriot, Colonel Isaac Hayne was in fact hung, after being sentenced to death by The British. 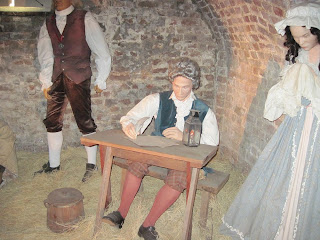 The site is located at 122 Bay Street and worth the price of admission. 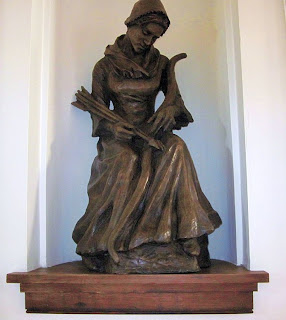 There are many things to see and learn here, including the story of this woman, Rebecca Brewton Motte.  Though the stories about her and her accomplishment vary abit, it seems she became bigger then life after her death.  She was a very wealth woman, born into a prominent family, and married into another.  She owned 244 slaves.  Some say she used the arrows to light fire to her own house so that the British couldn't use it as a strong hold.  Other accounts indicate she gave the arrows to the military while she lived elsewhere...still quite comfortable in another of her homes.  However, she is considered to be an American Heroine that was involved in The British surrending Fort Motte...her house.

Pop in Often, remember Menu Mondays for dining tips, Traveling Tips on Thursday, and any day for vacation destinations.
(15)
By Sandy at April 18, 2013