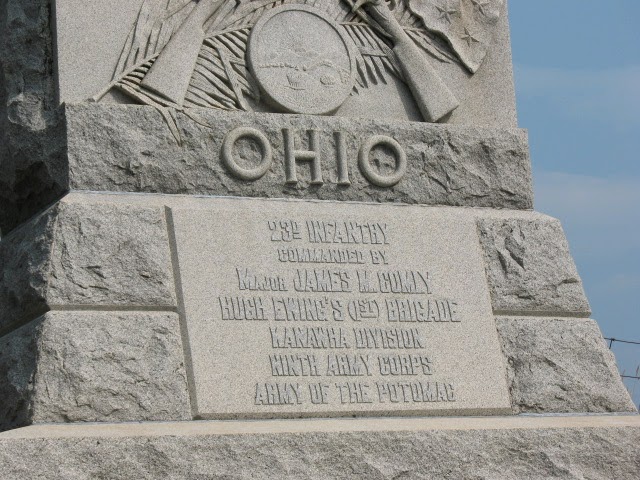 Though it's not quite time to start the A-Z challenge, as it begins on April 1, thought I'd do an A posting anyway.  This is a brief look at Antietam.  You could spend hours and hours there, trying to follow how the battle unfolded, reading all the monuments, admiring the beauty of artistic stones, and respecting the brave men.  Antietam was the single bloodiest day in the fighting of The Civil War.  The battle took place on the bank of Antietam Creek, thus the name of the battle.  Though it's near the town of Sharpsburg.  The South refers to it as the battle of Sharpsburg.  Some of these pictures are hard to read (was very sunny the day we were there), the above close up portion is of The 23rd Ohio Infantry Regiment.  This regiment had two men who later became President of the preserved Union, Rutherford B. Hayes, and William McKinley. 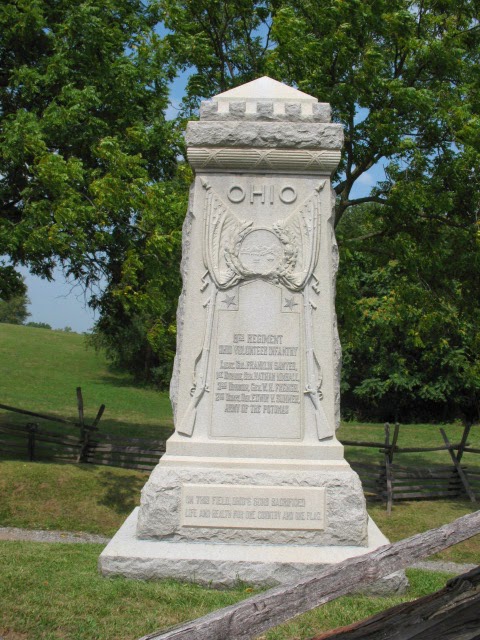 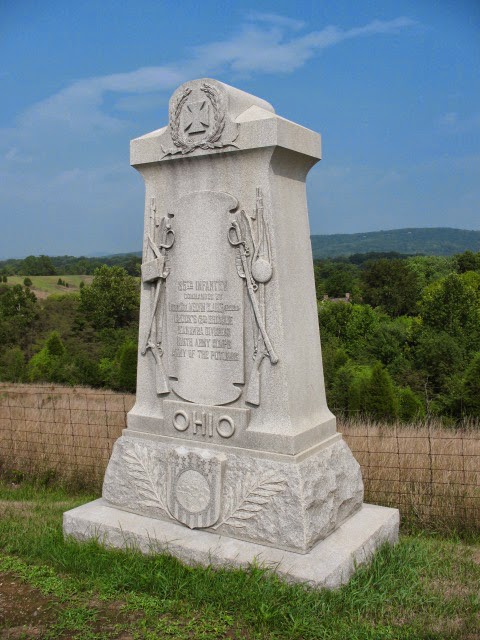 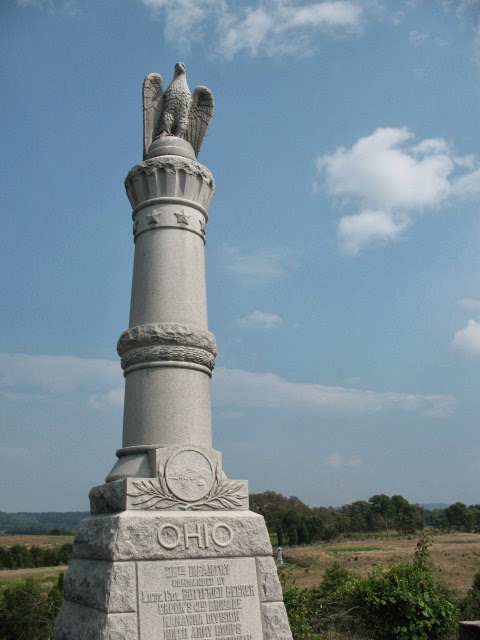 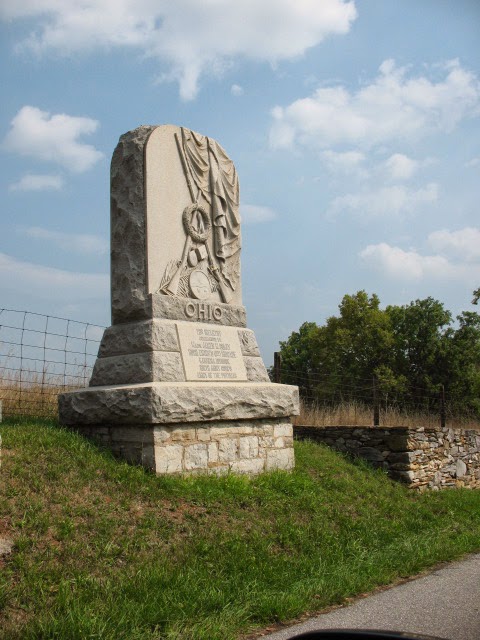 The Ohio monuments were all dedicated in 1903.  Ten states have monuments to their dead: Connecticut, Delaware, Indiana, Maryland, Massachusetts, New Jersey, New York, Pennsylvania, Vermont and Ohio.  This was the first battle fought on Union soil.  The battle strategically was considered a victory for The North, but tactically was considered a draw. 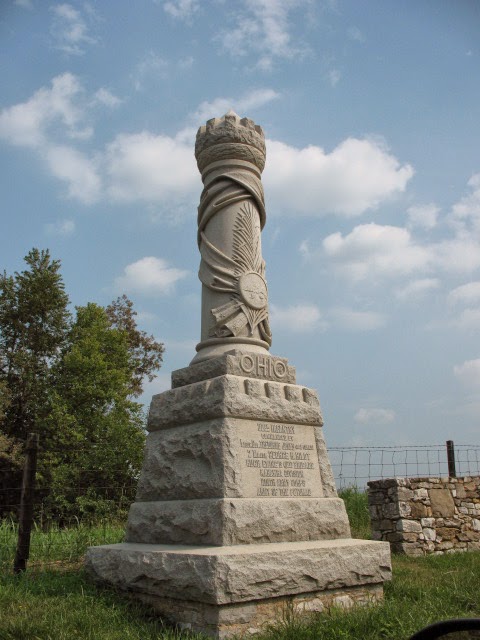 The battlefield is something everyone should put on their list of things to see.  While we can't truly absorb it all, it is worth the try.

Pop in, Often, remember Menu Mondays for dining tips, Traveling Tips on Thursday, and any day for vacation destinations.