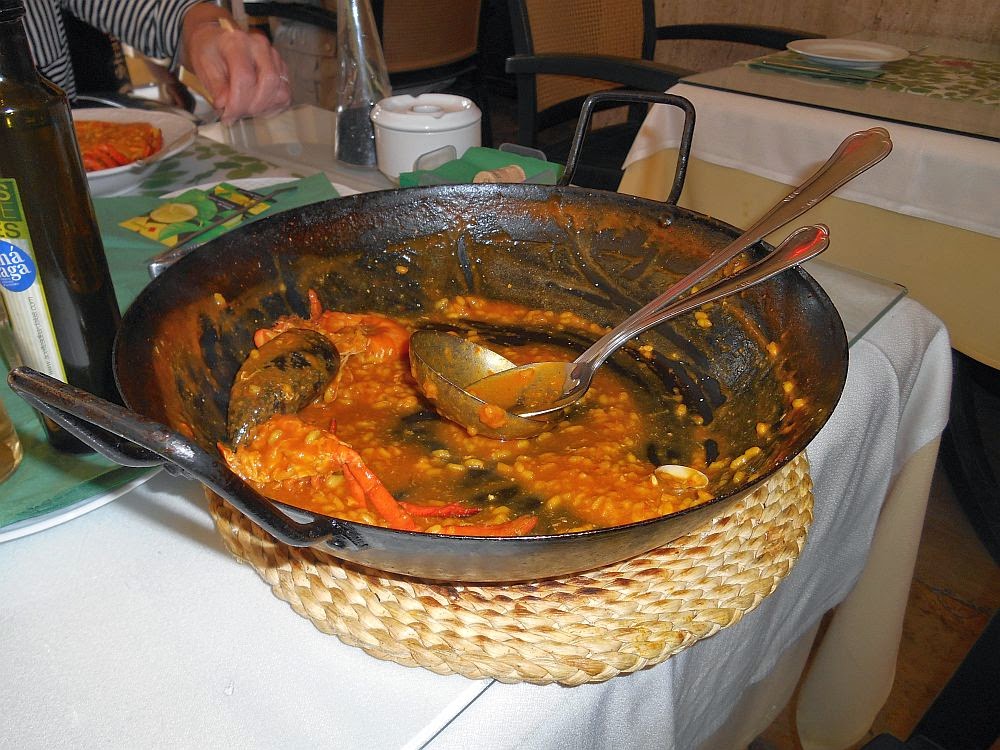 Our first Paella, a must in the food department when traveling in Spain.  Many restaurants will only cook the dish for multiple people.  Such was the case in Old Town Malaga, where we toured after picking up our friend, Jane at the airport.  It's cook in a special Paella pan that looks like a cast iron skillet with 2 handles and seems to be a dish you do not order if you're pressed for time.  We noticed on several menu's it would indicated it might take 30 minutes once ordered. 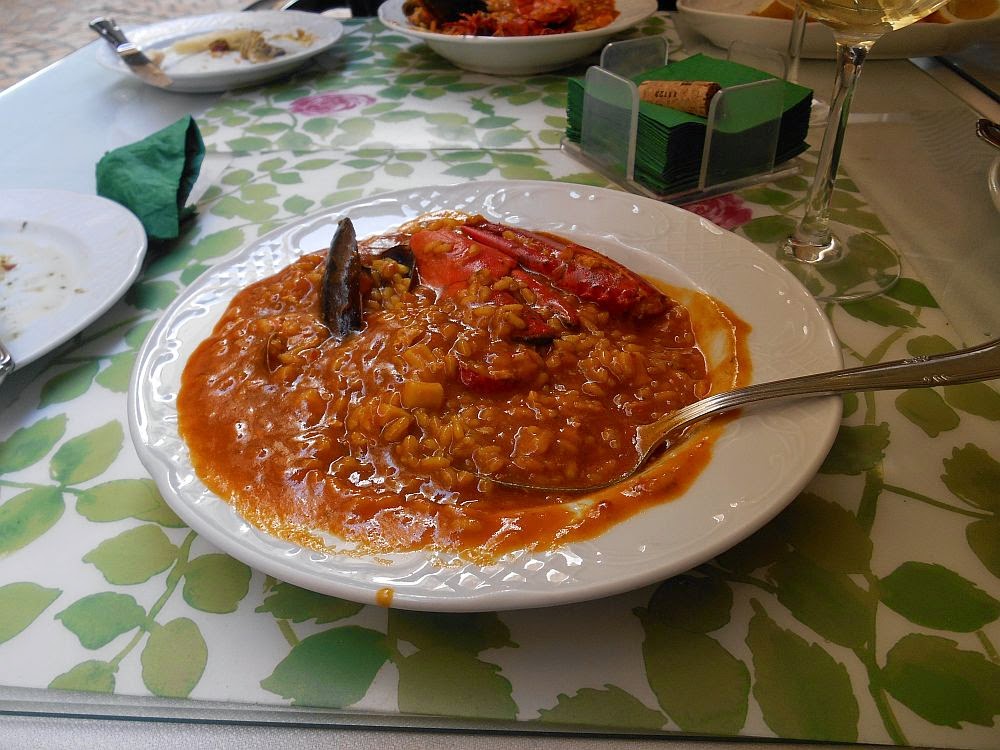 The first time we ordered it, we all 3 shared it and had too much food with the fact that we also order shared kabobs.  According to Wiki, Paella is a main dish of the mid 19th century from a lagoon in Valencia, Albufera (on the East coast of Spain).  It's an Valencia Rice Dish, a Catalan Dish. It can be fish, rabbit, duck or vegetables.  We ordered it twice in our travels, and saw it served many other times.  We noticed some difrferences.  Our first go round was difficult to eat, because all the seafood was still in it's shells.  You can see how wet, soupy the meal is.  Trying to hold onto a Lobster tail, snail, prawn etc to get the meat out was very difficult.  I ended up wearing some on my scarf and I believe Jane did as well.  I neglected to get the name of where we dined on that first day with Jane, as we were all pretty jacked up and talking a mile a minute. 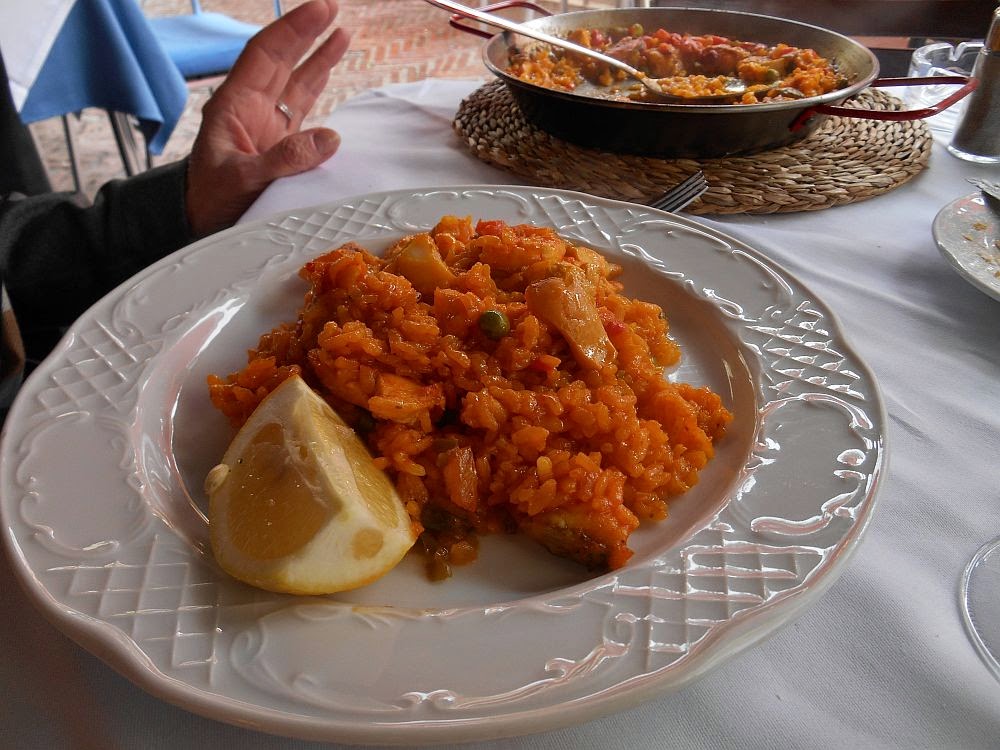 The 2nd time it was order, was less oily, less soupy and the sea food was nicely already removed from the shells.  This was also made as a one person meal...though was too large for one person.  Jane ordered this the second time and said it was much nicer not fighting to get the meat out, better tasting and all together a better meal.  This was ordered in Marbella at a restaurant right next to Marriott's Marbella Beach Resort where we staying.  The restaurant, Merendero Cristina.  I'll blog more about it later...but the short story is, we ate there twice because it was soooooooo good.

**Suggestion, make sure you ask how it's prepared when you order Paella**

Blogging a-z in May, my focus is Spain Click the drop down box to leave your name and url of your blog post, not profile page.
By Sandy at May 24, 2014